Trending Now
Auto Components Manufacturing Sector In India: Growth Over...
Shedding Light On The Indian Solar Energy Sector...
Setting Up Successful Joint Ventures In 2020 –...
Discussing The Indian Economy In 2020, Its Challenges,...
India’s Infrastructure Sector In 2020 And Its Growing...
Setting Up A Joint Venture In India –...
Medical Devices Industry In India 2019: All You...
Electric Vehicles Industry In India 2019: Overview, Opportunities...
Scrappage Policy In India: The Impact And Benefits...
Making In India with NPE (National Policy On...
Home Business India’s Infrastructure Sector In 2020 And Its Growing Inclusion Of Technology

As India sets its target on becoming a USD 5 trillion economy in the next few years, the infrastructure sector has never been as dynamic as it is today – having moved from the domain of utilities and public service providers to becoming the focus of policy dialogues. And while the push from the Government remains on large-scale infrastructure development for industrial growth, there are multiple factors within the infrastructure industry that need to be (and to a fair extent, are being) considered for the sector’s future growth.

An opportunity has arisen for the infrastructure construction industry to be reimagined and redesigned because of the advent of new technologies and their seamless crossover and integration with other functions; as well as the evolutions occurring in business models and consumer behaviour patterns.

There is also an underlying implication that the roles of involved stakeholders need to be revisited for the development and delivery of infrastructure and services respectively, consequently making them more suited to the new times. In doing so, the following three key considerations play a critical role:

The existing system is rather archaic and its reluctance to adopt new technology is slowing the process of constructing any infrastructure project.

Using IoT devices and artificial intelligence, stakeholders can use a supervised learning system from collected environmental data, building data, material data, etc. to identify the best ways to develop not only infrastructure but also the community it impacts.

Neural networks of a construction can be created using drone imagery of the project, and various construction inconsistencies against existing models can be compared. Stakeholders will be able to spot any issues or potential threats to a construction before they occur, thus saving on cost and time, as well as invaluable lives.

Managing a construction project has a host of factors that need to be considered, with each one having the potential to delay a project for damagingly long durations. Technology can not only help with monitoring these tasks on a real-time basis but also make necessary alterations without too much manual intervention or can flag off a possible incidence even before it occurs. These can range from providing contractors with project risks and construct-ability, to the structural stability of various technical solutions for large commercial projects, single homes, and more complex infrastructure projects.

In our experience, the rapidly increasing demand for timely delivery of projects has been a primary driver of the global infrastructure market towards reengineered processes and technologies. Various industrial segments that are a part of this sector internationally, are adopting automation systems to not only increase efficiency in project execution but also to reduce the burden on labour, consequently making the market grow at a significant pace.

Enjoying this article so far?

Construction activities in emerging markets such as India, are estimated to double over the next decade; and are projected to account for ~55% of the global output, amounting to ~USD 6.7 trillion1.

However, there are several concerns that will need to be addressed for the holistic and systematic growth of the Indian infrastructure sector, such as:

Today, managing large projects involves multiple rounds of stakeholder feedback, quality control tests, and inputs from multiple members of the project team. In fact, communication is one of the most disregarded albeit challenging areas for a project manager.

While there exist softwares to correct the language (grammar) of the communication, dedicated applications that could solve for the challenges in infrastructure development are few-to-none. There has been a persisting need for a holistic automated solution with specialised algorithms to help identify potentially problematic phases of infra development as well as to improve accuracy and clarity in stakeholder communication.

Currently, teams frequently use one software application to manage project tasks and resources, a second application to communicate updates and share documents with each other, a third to track project timelines and expenses, and a fourth to perform quality control checks; and stakeholder feedback is typically sent via email. Team leads are responsible for aggregating and synthesizing all these disparate pieces in order to effectively move the project forward in a way that contemplates all the stakeholder feedback.

Therefore, the incumbent processes and latent needs of practitioners in the field cumulatively present a significant window of opportunity to develop a single, cohesive platform that automatically resolves complex issues by aggregating all the tasks and processes.

Software solutions such as Tracecost become a go-to as they presented simple, easy-to-use solutions that functioned as off-the-shelf tools for infrastructure projects.

As the India growth story continues, there will be an increasing focus on building smart and sustainable infrastructure. The various undertakings and initiatives by the Government of India, such as Digital India, Make in India, Smart Cities Mission, Housing For All, and RERA, pave the way for growth in the domestic industry and market, as well as for a better quality of life for the citizens.

Given the current dynamics of the Indian economy, both domestic and foreign businesses are betting big on the future of infrastructure sector’s growth in India; and collaborations between parties through joint ventures and consortiums will facilitate the execution of the various PPP projects. With a competitive and well-qualified talent pool, India presents the opportunity for the inclusion of new technologies and practices in the construction industry; and this scope extends itself from Tier-1 metros to semi-urban tier-2 cities as well.

It would be safe to say that while the future of the Indian economy and market looks bright, it will need to be constructed with meticulous thought. 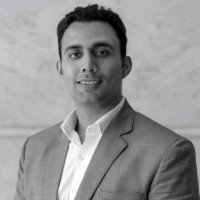 Discussing The Indian Economy In 2020, Its Challenges,...

Setting Up A Joint Venture In India –...

Medical Devices Industry In India 2019: All You...